Read the description of the route:

The vicinity of Kežmarok and Spišská Belá is a wonderful lesson in the history of Spiš – region where seven nationalities have lived together for centuries. Outside these towns, the route allows us to get to know an interesting natural area between them and the foot of the Tatra Mountains – an area of vast fields and secluded forests, where you can enjoy the silence. There will also be beautiful views of the Tatra Mountains which, although distant, look really wonderful here.

We park the car next to the Spišská Belá cemetery. A short visit to the cemetery allows us to understand how many nationalities used to live in the Spiš region – we will find tombstones in Hungarian, German and Slovak. We reach the main crossroads in the city via SNP Street. The route leads further to the left, along Zimná Street, but it is worth turning right, even if for a moment, to the former old town, now enclosed and a bit distorted by more recent developments between Slnečna and Hviezdoslavova Streets.

We head northwards along ZimnáStreet. After 1 km, we join a cycling trail of the Route Around the Tatras which we will follow for the next 9 km as far as Tatranská Kotlina. It leads along vast, almost level fields, rising very gently.

After reaching the crossroads with cesta Slobody street, (signposts to Smokowce), we turn into this road. The next 4 km we pedal patiently along the side of quite a busy road up to Kežmarské Žľaby the climb is steeper than the one from Belá.

Reaching the hamlet on the right means that the almost 14-kilometre uphill stretch is finally over. To the left, a blue bicycle route (forest road – lesná cesta away from the traffic) turns into the forest, and we go there. The section in front of us is a pleasant compensation for previous hardships: 6 km of a downhill stretch in the forest!We go down almost effortlessly, surrounded by greenery. It is worth turning around at least once to see the Tatra peaks through the greenery tunnel.

At the end of the forest, we arrive in the village of Mllynčeky through which we pass along the main road, finally reaching the route leading further to Kežmarok (all the time on the blue bicycle trail). Around us, there is almost a completely flat landscape of fieldsof the southern foot of the Tatras.

After the railway track we go to road 66. For lack of an alternative, we turn right and at the nearest junction turn left into Nižná brána Street. After the petrol station, turn slightly to the right into Garbiarska Street, following Route 66 into Záhradná and Nabrežna streets, leading along the Poprad River. Approaching the footbridge, we turn left into Vyšný mlyn, follow it as far as Route 66, to Mučeníkov Street, into which we turn left. From now on, just straight ahead!

In front of us, there is a passage through the most interesting historical area of Kežmarok – the wooden Evangelical Church (UNESCO), the Neo-Byzantine new Evangelical Church, then Hviezdoslavova Street leading along pretty townhouses with the Town Hall (Radnica), the Paulite Church and finally the medieval castle. It is worth spending at least two hours getting to know the old town of Kežmarok; walk through the streets or just sit down for a coffee somewhere.

From the castle, we will follow the signs of the Route Around the Tatras to Spišská Belá. It takes us to the old industrial suburbs, and further along the Poprad River under Jeruzalemský vrch.

Along an original hanging footbridge,we come to the other side of the river and ride along it for about 1.5 km, reaching the gates of the park at the manor house in Strážky. The Gothic-Renaissance building today guards a secluded English garden through which we pass pleasantly.

Not far after it, the route moves away from the river and goes under the 66. A long straight stretch goes up above the buildings of the village of Strážky and, after an arch to the right, we leave on the pavement of the 66 which we follow further. Already within the town limits of Spišská Belá, as a street SNP leads us to the Spišská Belá cemetery, our trip ends. 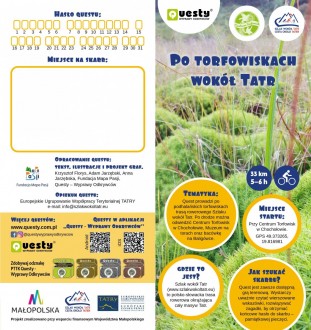 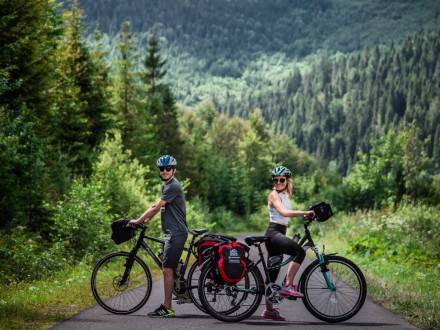 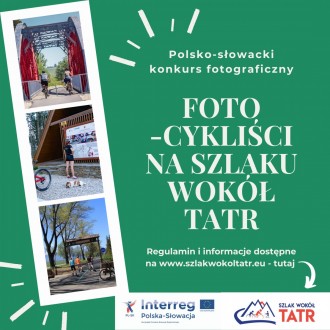