Read the description of the route:

An easy trip on the Velo Dunajec route from its beginning down to Nowy Targ, partly together with the Route Around the Tatras. It runs parallel to the river, leading once on its west and once on its east side. We will visit quiet hamlets hidden near the Zakopianka road, where you can still see the old face of Podhale. Along the way, there are several interesting heritage sites, views of the hills growing over the Biały Dunajec Valley and, most of all, quite a lot of pleasant cycling near the humming river. NOTE! This route assumes return by train!

The trip begins at the Zakopane railway station, at the end of the line that started the revolution of tourism in the Tatra Mountains over a hundred years ago and accelerated the development of the whole Podhale region. The former owner of the land around Zakopane, Count Władysław Zamoyski, has great merit here.

We leave Zakopane through side streets, ride to the other side of the Zakopianka road and leave at Harenda, at the foot of the visible Gubałowskie Range. We reach the wooden church of St. John the Apostle. It dates back to the 18th century, but it has stood there only since 1947 – it was moved here from Zakrzów near the town of Kalwaria. Following the signs of Velo Dunajec, through Ustup, we reach Poronin, which is located at the northern end of the Zakopane Basin.

From Poronin constantly to the north, down the valley, we go to Biały Dunajec; the stretch before this point is partly (1 km) made of gravel and earth, and leads us on an old bridge over the Biały Dunajec River, which here runs through green, forested surroundings. We continue to Bańska Niżna and Szaflary. The region abounds in thermal waters, as exemplified by the local thermal baths. In the vicinity of Szaflary we cut almost imperceptibly through the Pieniny Klippen Belt. The evidence of its existence is the steep pyramid of the Ranisberg hill on the other side of the Zakopianka road. The market square in Szaflary is a good place for a short rest.

From the centre of Szaflary, we continue north, Velo Dunajec leads us to Zakopianka, and along its gravel roadside we ride for a while (it is better to get off the bike and go to the crossing) before passing to the other side in the vicinity of the former Szaflary Castle, whose white stone wall we pass opposite the Municipal Office.

After crossing the railway, the road ascends, thus breaking the almost flat profile of the entire route. We drive up to Zaskale, with views of Nowy Targ and the Gorce Mountains opening up. Driving along Kardynała Wojtyły Street, we reach the Route Around the Tatras, running from Czarny Dunajec along the path of the former railway line and turn right on to it, entering the Bór Kombinacki Forest. The Route Around the Tatras and Velo Dunajec have a common course here.

The Bór Forest occupies wetland ("bór” in the local terminology means peat bogs, wetland) within the Czarny and Biały Dunajec Rivers forks. The other part of the name originates from the "Kombinat” – industrial complex set up here after World War II; in the 1970s, up to 10,000 people worked here, most of them in huge shoe factories. One of the remains of the Kombinat industry complex are the ruins of the former Nowy Targ Fabryczny station which we pass on the way. The route is pleasant, it leads in the comfort of a coniferous forest; at weekends it is crowded with residents of Nowy Targ.

We leave next to the Zakopianka road, cross it, and then, along Podtatrzańska Street and al. Solidarności Street we reach the Szaflarska Glade, where we return directly to the Biały Dunajec River. We cross the bridge to the other side, where the Route Around the Tatras and Velo Dunajec separate their common course. We turn left and follow the picturesque Velo Dunajec cycle path along the river. After reaching the second bridge, we turn left to Waksmundzka Street to reach the Market Square in Nowy Targ. From the Market Square we take side streets, then Kolejowa Street to the railway station. In the building of the former water tower there is an exhibition presenting the history of the railway line Nowy Targ - Królewiany (Kraľovany). We return to Zakopane by train. 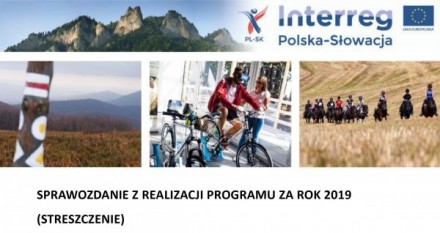 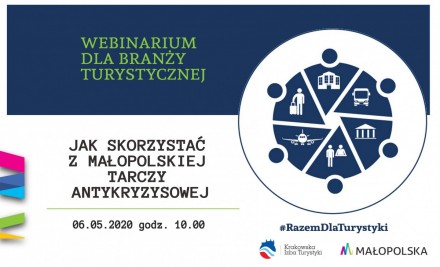