Although Zakopane is undoubtedly the winter capital of Poland, Nowy Targ is equally undeniably the capital of the Podhale region. The route reveals its various facets – its pretty market square, picturesque location on the Dunajec Rivers close to secluded forests and unique peatlands. We will also touch upon some history by visiting St. Anne's Church, the Shrine in Ludźmierz and the area around the former factory (Kombinat). The panoramas from St. Anne's Church and from the Wierchowa Path will also give us a slightly broader perspective of thecity. And since the route is short, we are free to stop somewhere for longer.

The starting point of our trip is the Market Square in Nowy Targ. This is where weekly fairs have been held in the town since 1487! The 19thcentury buildings on the Market Square with an attractive Town Hall, but also cafes and ice-cream parlours attract tourists and local people.

We head north to ride up Zacisze Street to St. Anne's Church after the Czarny Dunajec River. It is the oldest (15thcentury) church in Nowy Targ and the first settlement was probably established here. It's worth taking a look inside and looking at the pretty city panorama. We return to the Czarny Dunajec River and along the Route Around the Tatras we follow the river as far as Ludźmierska Street from where we descend to Ludźmierz by a footbridge.

This is the oldest village in Podhale (dating back to the 13th century), its religious capital, from where it is ruled by Our Lady of Ludźmierz. Here shepherds traditionally begin and end the shepherding season. We continue our journey to Krauszów, to the Wierchowa Path (views!) leading along a ridge among narrow strips of meadows and fields. After 900 m from the beginning of the path, AFTER PASSING THE METAL CROSS3 ON THE RIGHT, we turn left on to a dirt road and after 250 m we get to the end of the asphalt, by which we return to Krauszów. After the bridge over the Dunajec River we turn left and going now by the red-coloured side of the road (Route Around the Tatras) we ride past the Krauszów ponds.

We head for Nowy Targ. The Route leads here along the former railway to Trzciana which is clearly evidenced by the iron bridge over the Wielki Rogoźnik stream. We then enter the Kombinacki Forest – a marshy forest to the west of the city, where a huge industrial complex of shoe factories was established in the 1950s. A remnant of it is, among others, the ruin of the Nowy Targ Fabryczny station, which we pass in the middle of the forest. We leave the Forest and come to the Zakopianka road. We cross it by the zebra crossing to get to Podtatrzańska Street (further along the Route Around the Tatras).

Following the signs of the Route, along a bicycle path on Aleja Solidarności Street, we reach the new blocks of flats on the Szaflarska Glade, from where we leave the Route around the Tatras and among the greenery we go to a foot and bicycle bridge over the Biały Dunajec River. After the river, to the right of the footbridge, the green wall of Bór nad Czerwonem Forest stands out strongly. We turn left. On the right (east) bank we follow the signs of Velo Dunajec along a pretty riverside stretch. On the second bridge we go left (Waksmundzka Street) and then right (Piłsudskiego Street) and follow the signs of the Route Around the Tatras on Bulwarowa Street. At the end of the street we turn left to the old bridge – Kościuszki street, which leads us back to the Market Square of Nowy Targ. 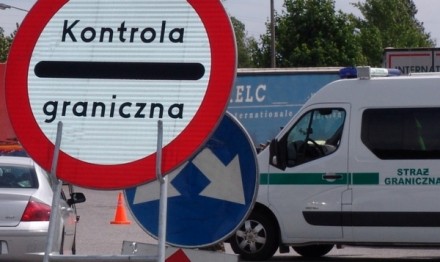 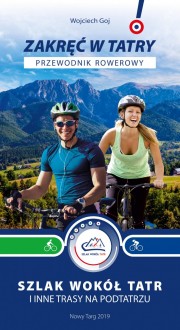 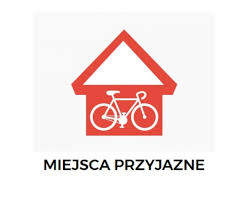